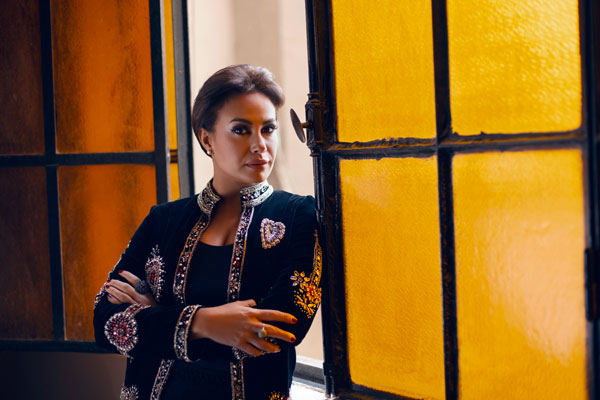 Hend Sabri, born in Tunis, is an actress, lawyer and UN Goodwill Ambassador for WFP (World Food Programm). She started acting at the age of fourteen in the Tunisian movie The Silence of the Palace. The film was a big international success and won many awards. She then starred in several Tunisian productions until she got the attention of Egyptian director Inas Al Degheidy who chose her for the lead role in Muzakirat Murahiqua in 2002. Her role in the film propelled her to stardom in Egypt and the Arab world. Since 1995, Hend played remarkable roles in several Egyptian and Tunisian films and has received over 25 international awards in appreciation of her achievements as an actress for her roles in several films. In 2011, she received five best actress awards for her astounding embodiment of an HIV positive woman who decides not to surrender to this fatal disease in Asma.

Hend Sabri starred in seven TV series, lastly, the Hit drama Halawat Al Donia released in Ramadan 2017. She previously took part in many juries and held several administrative and honorary positions in local and international film festivals. She was the first Arab artist to join the Official Competition Jury in the 45th International Rotterdam Film Festival in 2015. France’s Ministry of Culture also granted her the honorary title of Knight of the Order of Arts and Letters (Chevalier de l’Ordre des Arts et des Lettres) in 2014 for her contribution in Arts, Culture & Cinema.