Under the artistic direction of Malek Gnaoui, EL KAZMA is intended to be an observation post for contemporary creation, a window open to video art, a “carte-blanche” to curators, without a specific orientation or a predefined theme.

Interested in the problems of the world, El Kazma projects artistic videos selected by different international curators each year, in containers arranged on the shore side of Gabes, as well as in different places in the city. 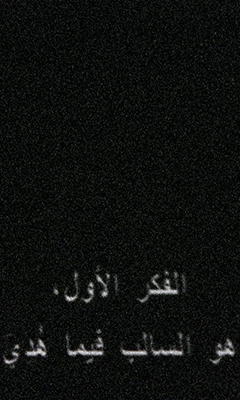 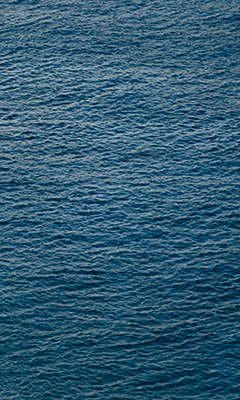 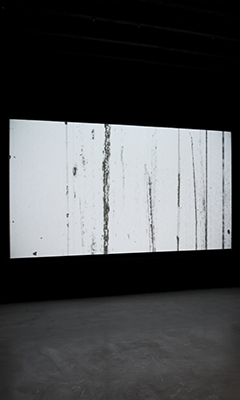 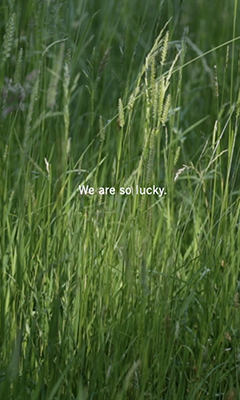 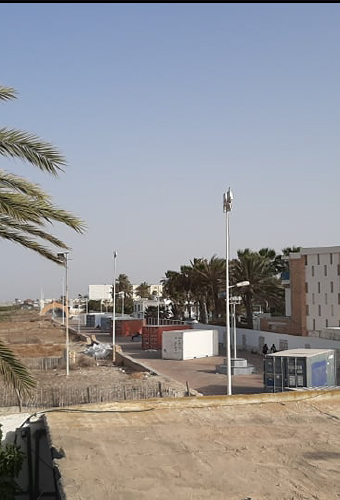 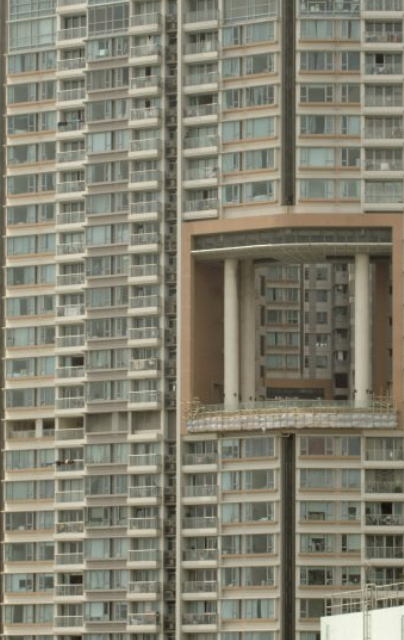 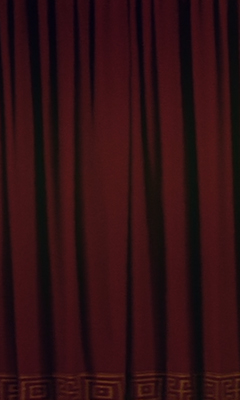 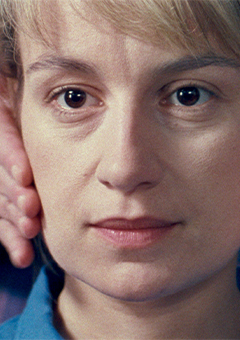 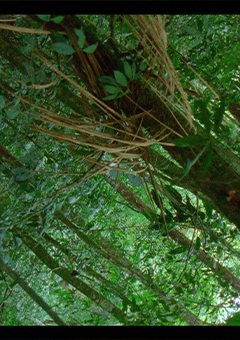 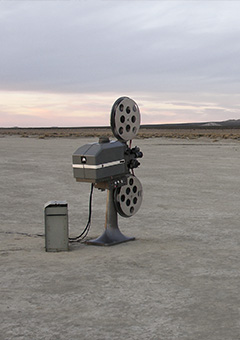 The invisible, a thought of the immaterial

It is through Melik Ohanian’s work «Invisible Film» that I selected works that explore the question of the invisible. This film is an object of memory. In 2005, the artist projected a 35mm print of Peter Watkins’ film «Punishment Park» on the site where it was shot in 1971, in the desert of El Mirage, California, making it invisible. The lack of a screen that would stop the light of the image made its presence ghostlike. «Punishment Park» is a political science fiction documentary film that was censored in the United States for 25 years. Although the dialogues of the protagonists were audible during the screening, it is indeed the question of the invisible in its dimension of absence that this work points to and questions. The invisible in this work does not concern the real as much as the impossibility of seeing it.

In the early days of humanity, the ability to anticipate one’s own finitude accompanied the emergence of the consciousness of the human species, and with it a quest for spirituality. The unfolding of world history has since been accompanied by an invisible domain separate from sensible realities, whose immaterial essence still fuels the thoughts and rituals of ancestral beliefs.

It is only with the rise of modernity that several histories of the immaterial have emerged together. Science has never ceased to delve into this inaccessible and irrational space by exploring the infinitely large, which makes our place in the universe relative, and then the infinitely small, in order to detect the details that shape our world and its complex mechanisms.

Another scenario was born in the course of history, more prosaic, whose growing dictates since the industrialisation are associated with the progressive loss of religious sensibility, to the benefit of materialism, in a paradoxical thought of the immaterial: We could understand the meaning of this by looking at the history of techniques.

Since the tools came to extend the hand and the fields of thought, they have emancipated us from natural contingencies. Technical tools and media have enabled us to move in the world and en/communicate more easily. At the same time, however, the modern condition has distanced the world as an abstract, ideal fact of life that is separate from sensible realities.

It is therefore not surprising that two centuries after the industrial revolution, the idea of progress, as it still resonates today, is a thought that resembles a desire for invisibility. Roland Barthes predicted this inclination to appropriate a perfectly magical object in a desire for the spiritualisation of objects in his «Mythologies» in 1954 with his text on the DS (under the title «La Nouvelle Citroën»).

This desire for invisibility, dematerialised, seems to be the outcome of the ideal Western society. Satellites, drones, wifi, Bluetooth, facial recognition, dematerialized data, voice identifiers, click and collect, the drive, etc. are all tools that have been put in place to accelerate the progressive erasure of material bonds.

By drastically reducing our contact surfaces, coding and binary writing are now archiving all our human activity in the Cloud. This borderless cloud is literally the memory and shadow of ourselves. It is the reflection of our lives by immediately archiving the data and interactions we produce or exchange; our images, our messages, our movements, and soon all our actions. It is an immaterial and 1:1 cartography of the world that is taking shape.

This ghost-like and mimetic image of the world, which covers it until it merges completely with it, is above all the design of a projection of the Western world that has forgotten its vulnerability.

The presence and place of viruses in evolution, which some have suggested were the first DNA organisms, is a major blow to our certainties. The brutality with which this event shakes the world makes us wonder.

Although it should push us to imagine other scenarios than the ones we have supported up to now, it does not. And yet it puts this immaterial dimension into perspective in relation to the experience of the real world. In many ways, it is this immaterial world that has found a significant place in our actual lives with the pandemic.

Conceived from a distance, this collection of films asks us about the multiple facets of this invisible part which today manifests itself to us in various forms. This selection poses the materiality of images as a necessary part of the experience of the visible world, whose preciousness can be measured by the ordeal we are going through.

Conceived as a journey, the films and installations presented this year for El Kazma 2021 are a discursive wandering in which the works follow one after the other to form a narrative line, in which the public’s gaze makes links and builds an image in motion, of a paradoxical and material history of the invisible.