K Off is a section dedicated to emerging Tunisian artists. Its mission is to discover new talents and contribute to the development of the artistic proposals in video art.

K Off also gives carte blanche to young Tunisian curators, allowing them to express their artistic choices and to be authors of a full exhibition.

True to El Kazma’s editorial line, K Off Section does not subscribe to any particular orientation or predefined theme. It thus marks the commitment of Gabès Cinéma Fen to encourage the young artistic scene in Tunisia and to accompany it in its nascent journey.

In partnership with La Boîte, a structure of support, dissemination and mediation of contemporary art in Tunisia. 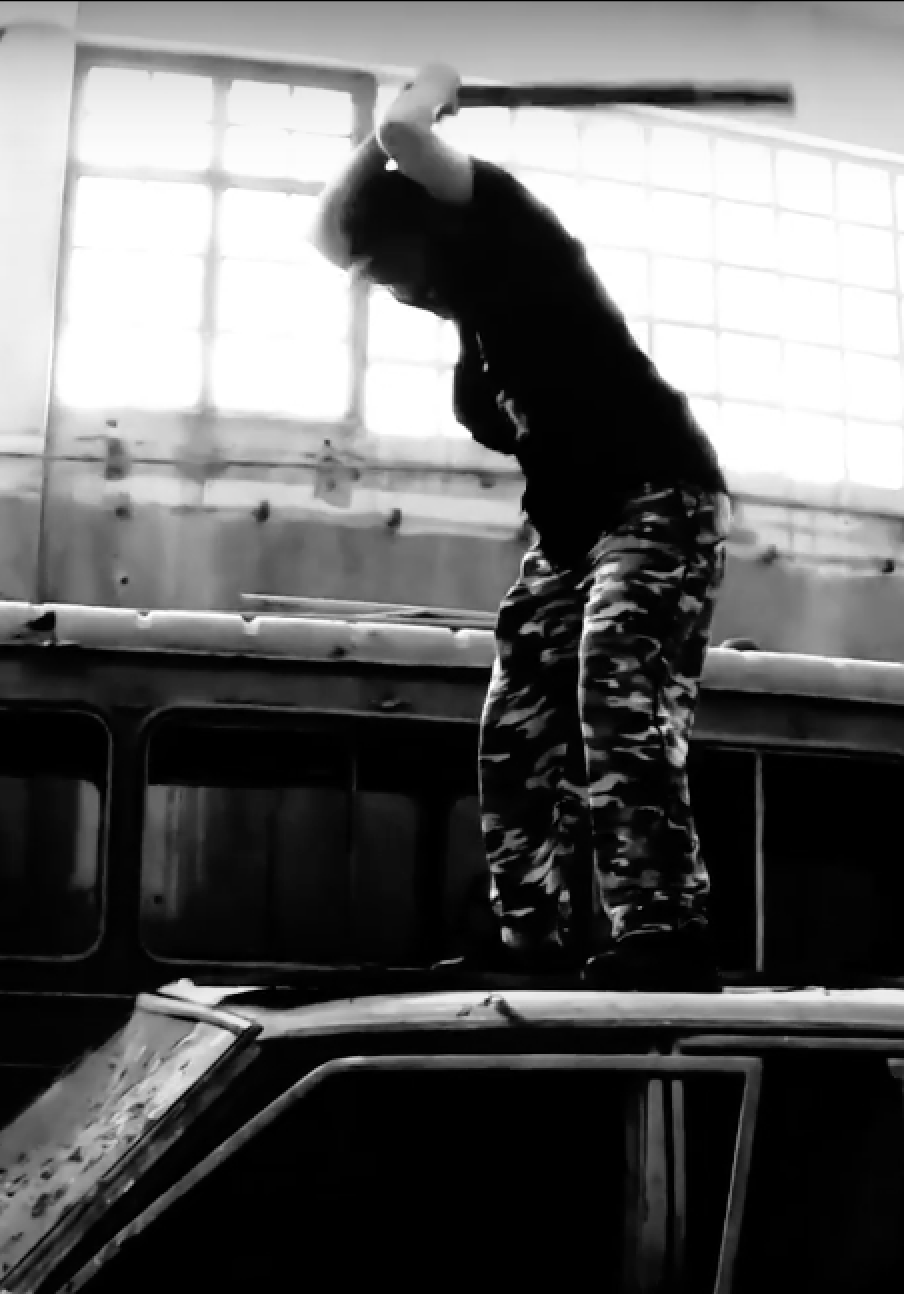 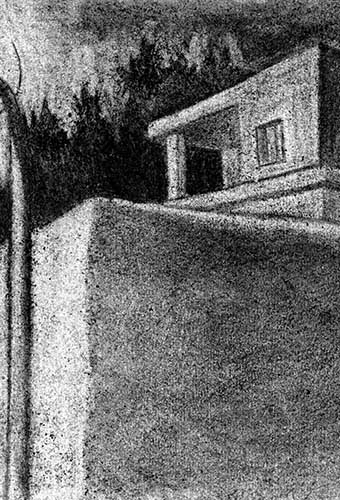 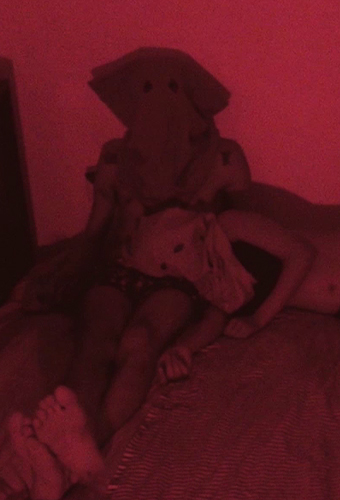 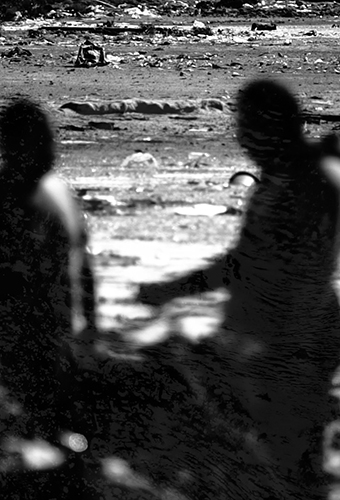 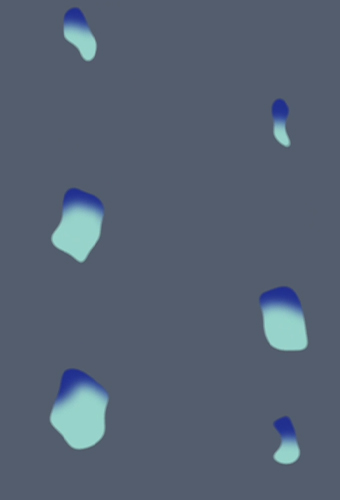 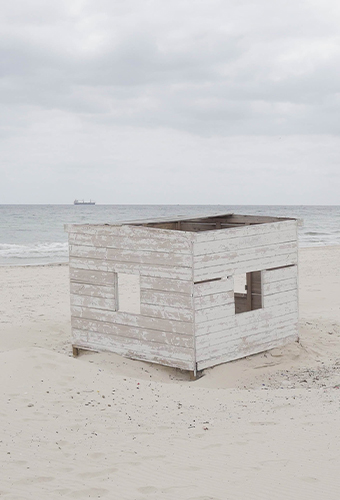 The new Video Art section K OFF is dedicated to Tunisian emerging artists. Located in the downtown of Gabes as a linking point between El Kazma and L’Agora, this exhibition consists of a heuristic research of the moving image, highlighting the video as a medium, a material of creation, reflection and criticism. Reflecting on its limits… Is it a succession of still images or in movement? Is it the device of display that defines it or is it the process of its creation? Is it a dialogue between the sound and the image or the reflection of the space of its genesis?

This relationship to the image that each artist entertains with the video, as denotative as it may seem, is fundamental to understanding the process that is its own. Declined in different possibilities by the artists, it is not limited to what is perceived, but to what it represents for each one of them. It takes the shape of a drawing, a sound, a journey, a memory or a criticism. As ambiguous as it is, it is defined by the process and the context of its genesis.

Exploring video in its raw, metaphorical, experimental and sound state, K OFF offers a crossover of an aesthetic, that evolves from an itinerant approach dealing with the being and becoming of words, identity, the intuitive and a reflection of a socio-cultural reality. As complex as the sphere in which it emerges, the artists featured in this selection have found in the image, and more specifically, the moving image, a field of experimentation and exploration mixing different media and visual techniques.

The approaches and the processes they adopted are diverse. Starting from experiencing the text for Ahmed Ben Nessib «to work from the text”, means for him to do everything to exceed it, from a back and forth between the illustration and the tale of Isaac, the artist sets up a technique that he defines as «the technique of the swimmer»; a technique which implies to rewrite the words in dichotomy. Drawing by drawing, he animates them letting what precedes and what succeeds in reach. He explores the animation to define one that does not lie in between the drawings but in the drawing itself. Investigating this fragmented process between the word, the drawing and the animation, Ben Nessib questions their literal definitions and ends up creating his own.

The text has, also, accompanied Rim Harrabi, in dealing with the experience of the vanity of Galway Kinnell’s poem in her imagination. Its experimental representation is located in the knots that the poem presents; it stages the latency of the characters in a bewitching atmosphere, to the extent of chimera, stated in prose, from the adult to his child, and translated by Harrabi into an audiovisual installation.

As for the work of Cheb Terro, it is a process that turned into a tribute to an artist of the underground hip hop scene in Tunisia. An installation that reflects the movement he created, Toxic Club, and the polyphony of his writing. In this context, will the video clips he creates serve as vectors of transmission by the nature of their proximity to the young public? Will they serve as an archive for the critical outline of a socio-cultural space that he describes as a «sub-planet»?

To define these dimensions or to record a space, Asma Laajimi traces a memory of her childhood and a place that is getting altered. With an observant and at the same time passive glance, she walks along the urban space deprived of its seasonal dynamics, vowed to the decisional power of an inert government. From an absurd image on her happy steps, she documents this space that cradled her summer routine and that is now disintegrating. A present…that reflects the urban context of Gabes.

The space serves, in fact, as a medium for Ghassen Chraifa. With an intuitive gaze, his daily life is provided with aesthetic gaps that accompany him in different temporalities. He records moments of stillness or movements in visual frames like a road journal.

For Dora Dalila Cheffi, her understanding of the space extends from the geographical construction, towards a link to her identity and herself. She unravels the relationship of her mixed roots into an ode to identity through an interpretation of the Finnish national anthem in Tabbel Kerkennah, visually accompanied by forms of contrasting colors that interact in a tryptic installation. From these poetically assembled forms, she attempts to achieve a balance between her plural identity, heritage, language and music.

K OFF is in a sense a space of reception, leading to the visual perception of these multi-layered realities, lived and experienced by the artists. The transcripts of how it influenced their aesthetic expression… Therefore, the audience will navigate between six distinct experiences, between several visual, digital, raw or edited mediums, having their contexts, defined as an anchor point. 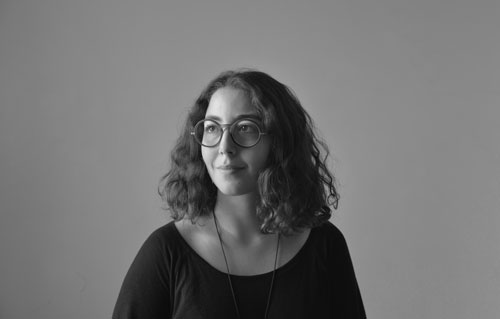 Salma Kossemtini (born in Tunis, in 1996) is a young curator, space designer. She is pursuing curatorial studies at “Tasawar Curatorial Studios” in parallel with a research master’s degree in art theory. She is interested in contemporary art, design and their socio-cultural impact. She has dedicated herself to the curatorial practice since 2016 in various local and international festivals, such as INTERFERENCE.tn, SEE Djerba.tn, Evi Lichtungen.de and Lichtrouten.de, where she assisted curators and managed artists’ studio. Her practice also revolves around mediation with an emphasis on the experience of the audience and the coordination of the different components of the projects.