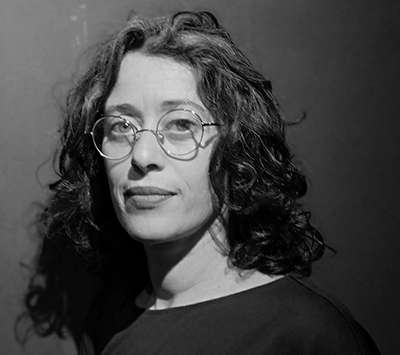 
FATMA CHERIF grew up between film sets where she fell in love with the creation of imaginary worlds and the political universe. Her career is characterized by the reconciliation between these two worlds.

After being a camera assistant on various films, she applied for a training course at LA FEMIS in documentary filmmaking and directed « Bent Eddar (Sweet Home) » in 2009, « Y aura-t-il un printemps pour les femmes ? » in 2011 and « Tunisie, mémoire juive » in 2016.

She is currently preparing for her next film, a diary written in images where she tends to explore the personal memories, as well as the political and historical archives.

In addition, she was a member of the artistic committee of Carthage Film Festival (JCC) in 2015, as well as in 2018 at Gabès Film Festival. She is the director of GABES CINEMA FEN SINCE 2019. 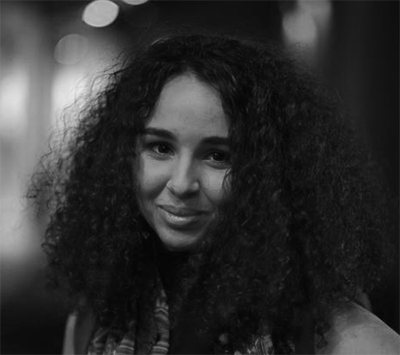 
BAYA MEDHAFFAR was born and raised in Tunisia, graduated with a bachelor's degree in cinema and a master's degree in philosophy in Paris 8. She has also greatly expanded her experience in the field of cinema, whether as a director, assistant, actress or member of the organizing committee of GABES CINEMA FEN.


Tunisian filmmaker. He has a doctorate thesis in contemporary literatures from d’Aix-Marseille University, he studied film production at Metfilm School in London and was trained in documentary at Ateliers Varan in Paris.

He worked as artistic director and film curator for film festivals. 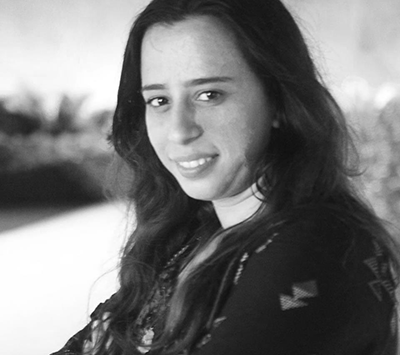 
RABEB M’BARKI is a young Tunisian filmmaker from Gabes. She has two master’s degrees, one in Visual Arts, specializing in image design, and the other in audio-visual and film techniques.

Active in civil society, she was a member in several cultural associations. She participated in the making of several films (image, editing, production...).

Her career as a professional filmmaker began in 2016 with her short documentary entitled « Libre ? » and with her last short film « All is well Lella?! » in 2019.
Since then, she has been a member of the artistic committee of GABES CINEMA FEN. 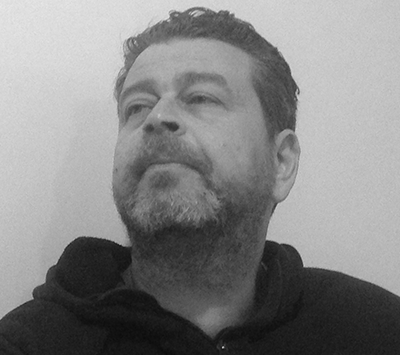 IKBAL ZALILA Phd in film studies from the Sorbonne University.

He teaches film aesthetics, film analysis and documentary at ISAMM University since 2001. His academic researches are focused on two main topics: Formalism in Arab cinema and documentary praxis and didactics.

In 2014, he is appointed as artistic director of the Carthage Film Festival (JCC) after being a senior programmer for this festival in 2008 and 2010.

IKBAL ZALILA is a film critic in both languages, Arabic and French, and a former President of the the Tunisian Association for Film Critics. He was a member of several critic’s juries in Venice, Istanbul and Rotterdam. He was also a jury member for AFAC and Dox Box.

Since 2012, he is involved as a trainer in documentary workshops organized by the the Documentary Film Festival of Agadir.